“NO HOME FOR HEROES” explores history’s military mysteries regarding lost service men and women who were classified as “Missing In Action”.  Each podcast features information from the actual investigative case files of the Chief Rick Stone and Family Charitable Foundation who is committed to providing information to the families of America’s long forgotten MIA’s.

Recently, one of our NO HOME FOR HEROES podcast listeners sent us this email, an excerpt of which is re-printed here with his permission:

The family of Carl Spencer Johnson would like to thank you for featuring his story on your podcast “No Home for Heroes” on you latest episode (Episode 50), “All Things Come to Those Who Wait”.

As you know, last Friday we had a beautiful graveside ceremony, where Uncle Carl was given full military honors.  The Navy, Admiral Nowakowski,  the Patriot Riders, a detail from Luke AFB, and my brother Carl Robert Dahl, who was also in the Navy as a physician at the end of the Vietnam War,  made it a day to remember!
All of my siblings were in attendance, and nearly one hundred family members were there.
Thank you and the Chief Rick Stone and Family Foundation for your part in making this all possible.  It has been such a blessing to our family.  I am so grateful that my niece, Gretchen Allen, contacted you in 2016 and that we went from a series of “ … and nothing happened…” to a wonderful day of tribute to a brave young sailor who was part of saving the lives of hundreds of his fellow crewmen, as he did his duty in flooding the powder magazines deep in the battleship West Virginia.
This fulfilled my Grandparent’s dream of having their son return home.  Carl is buried by his parents (my grandparents) Zeno and Margaret Johnson, my parents, his sister Katherine and Richard Dahl, and also his sister Anita and his cousin David.  It is in a old part of the Greenwood Lawn Cemetery in Phoenix.  We thought it would be difficult to find a plot, when we found there was one waiting for him all this time!
A boyhood friend of Carl’s, Ronnie Luplow, age 97 (same age Carl would be) was watching his usual news channel on Christmas Eve when for some reason he changed the channel and saw a news story about Carl coming home.  His daughter commented on the news channel’s website, my niece saw it and managed to contact her.  Ronnie was able to be at the ceremony!  Ronnie served in WWll as a landing craft pilot on Iwo Jima and Guadalcanal.  He was finally able to say goodbye to his friend he had grown up with.
Again, Thank you for making this possible!
Daniel Dahl, M.D.

(Dr. Dahl is the nephew of Seaman 1st Class Carl Johnson, a hero who lost his life on board the USS West Virginia at Pearl Harbor on December 7, 1941)

These FREE episodes are NOW AVAILABLE for you to listen.  The episodes are AUDIO ONLY and do not contain video images or any advertisements.

Just CLICK on the title of the episode you wish to listen to and it will begin to play automatically (you may need to adjust the sound level of your device).

EPISODE 74: SURVIVING TWO PACIFIC BATTLES ONLY TO DISAPPEAR IN THE BERMUDA TRIANGLE

EPISODE 73: A LOST MARINE DESTINED FOR THE SILVER SCREEN

EPISODE 72: FINDING A LOST SAILOR WHO GAVE HIS LIFE JACKET TO A FRIEND

EPISODE 71: SHARING A COFFIN: THE BAFFLING MYSTERY OF UNKNOWN X-282

EPISODE 68:  THE NAVY BURIED THEM AT SEA BUT NO ONE TOLD THE FAMILIES

EPISODE 67: A PEARL HARBOR MYSTERY THAT HAD EVEN THE NAVY CONFUSED

EPISODE 64: FINDING A ROCK IN AN AUSTRALIAN CLOUD – Part Two

EPISODE 63: FINDING A ROCK IN AN AUSTRALIAN CLOUD – Part One

EPISODE 62: THE CASE OF THE MISSING FLORIST

EPISODE 61: THE USS INDIANAPOLIS: SHOW ME A HERO AND I’LL WRITE YOU A TRAGEDY

EPISODE 58:  GENERAL PATTON WATCHES OVER HIM, BUT NO ONE VISITS HIS GRAVE

EPISODE 56:  DEAD OR ALIVE? THE NAVY SAID HE WAS LOST AT SEA, MOM SAID HE WAS ALIVE AND WELL

EPISODE 54:  FINDING ONE LOST AIRMAN FROM THE “SWEEPY TIME GAL”

EPISODE 53:  TWO HEROES BURIED SIDE BY SIDE; BUT ONLY ONE CAME HOME

EPISODE 51: CONNECTING TWO MYSTERIES: A LOST COMPANY OF MARINES AND A LOST CEMETERY

EPISODE 50:  ALL THINGS COME TO THOSE WHO WAIT

EPISODE 48:  LOST AT SEA AND FOUND IN NEW YORK

EPISODE 47:  MIA GHOSTS TRAPPED ON THE BOTTOM OF PEARL HARBOR

EPISODE 44:  A MIA FROM THE WAR TO END ALL WARS

EPISODE 43:  THE CASE OF THE VANISHING CORPSMAN

EPISODE 42:  A CASE WITH MORE QUESTIONS THAN ANSWERS

EPISODE 37:  CAN A CAP SOLVE A PEARL HARBOR MYSTERY?

EPISODE 36:  LOVE AND LOSS IN THE SOUTH PACIFIC

EPISODE 35:  THE LAST FLIGHT OF THE SILVER DOLLAR – Part 2

EPISODE 34:  THE LAST FLIGHT OF THE SILVER DOLLAR-Part 1

EPISODE 33:  IS A TARAWA MIA BURIED IN ARLINGTON’S TOMB OF THE UNKNOWN SOLDIER?

EPISODE 30:  EVERY BURIAL AS AN “UNKNOWN” IS REALLY A MIA

EPISODE 29:  A COOK WHO REFUSED TO BE LEFT BEHIND

EPISODE 27:  LOST IN BATTLE…FOUND AT HOME

EPISODE 26:  A MIA BORN ON THE FOURTH OF JULY

EPISODE 25:  THE CRASH OF THE “BIG OPERATOR”

EPISODE 24:  WHATEVER HAPPENED TO JOHN?

EPISODE 22:  DID MISSING A TRAIN COST A MARINE HIS LIFE?

EPISODE 19:  THE ETERNAL PATROL OF THE USS TRITON

EPISODE 17:  FINDING PRIVATE FOX…WHERE HAVE YOU BEEN?

EPISODE 16:  A U-BOAT ATTACK AFTER THE WAR WAS OVER

EPISODE 15:  THE LOST PHANTOMS OF TARAWA

EPISODE 14:  THE CASE OF THE “BLONDE BOMBER”

EPISODE 12:  THE CASE OF THE SICILIAN FINGERPRINT

EPISODE 11:  CINDY FINDS A MAP WITH “X MARKS THE SPOT”

EPISODE 8:  A MARINE LOST BEFORE HIS DAUGHTER WAS BORN

EPISODE 4:  A SHOT IN THE DARK

EPISODE 3:  THE MIA’s WHO NEVER WERE

EPISODE 2:  THE MYTH OF NO MAN LEFT BEHIND

EPISODE 1:  HOW IT ALL BEGAN

“We hope you have enjoyed listening to our podcasts.  Don’t forget to check out each one of our exciting episodes with a different story about a missing American hero.”

“As always, we greatly appreciate your comments about our Foundation’s efforts and encourage you to contact us.”

Email your comments about our podcasts to: Chief Rick Stone

SUBSCRIBE FOR FREE TO LISTEN TO OUR PODCASTS ON THE FOLLOWING AVAILABLE SERVICES OR WHEREVER YOU PREFER TO DOWNLOAD YOUR PODCASTS:

NORMALLY, WHEN YOU SUBSCRIBE YOU WILL AUTOMATICALLY RECEIVE A NOTICE ON YOUR PERSONAL DEVICE WHEN THE NEWEST EPISODE OF “NO HOME FOR HEROES” IS RELEASED… WITHOUT HAVING TO CHECK BACK ON OUR WEBSITE. 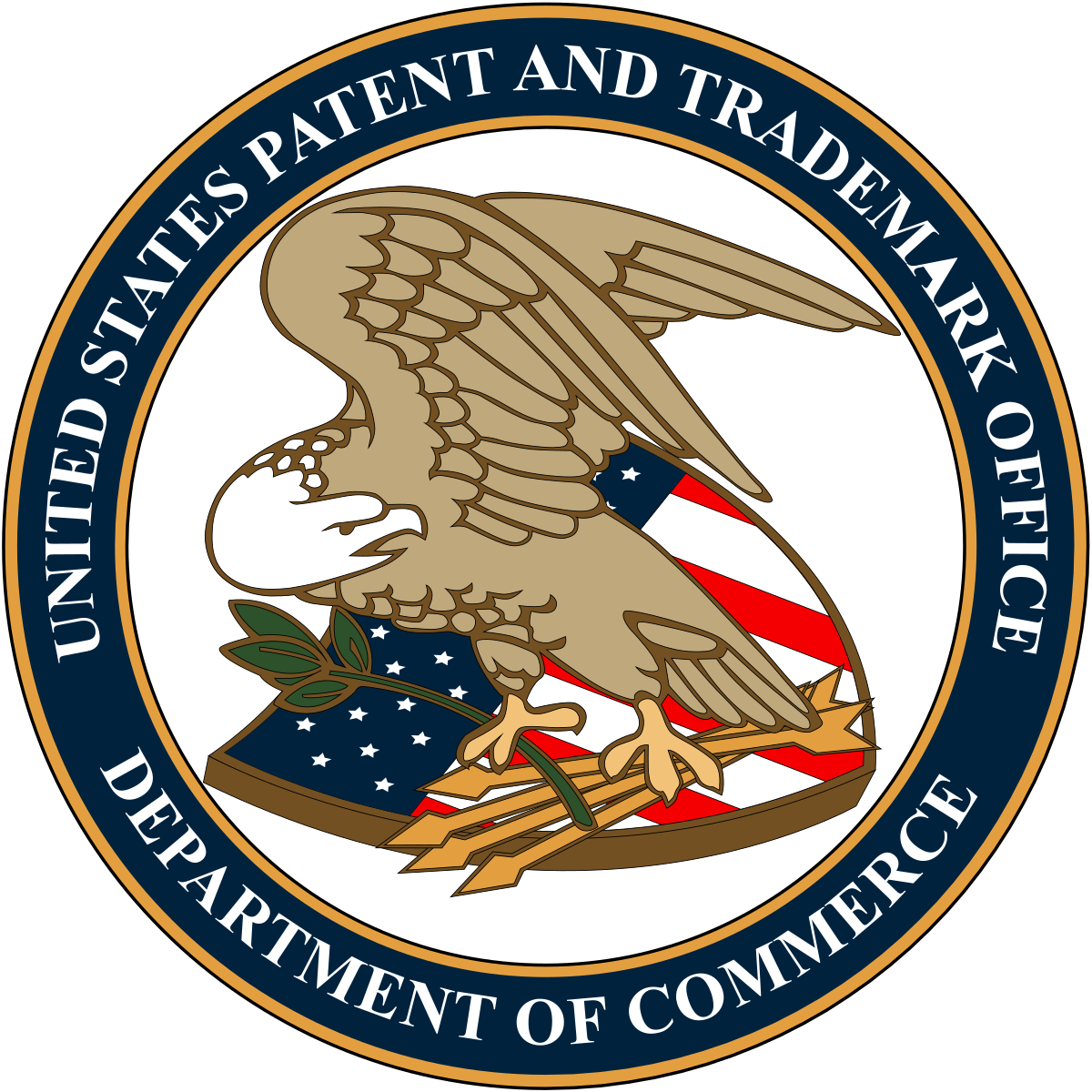